June referendum result UK leaves EU (Brexit) shocked the world and everyone follows with big interest each political and economic movement, on local or international bases.

Host countries of Wimbledon and EURO 2016, England and France are developed touristic destinations. After the independency, Croatia did not point its attention for tourism development on France or UK, but was more attentive to Mediterranean destinations as Italy or Greece. Nevertheless, it is worth to observe and have a reflection how Great Britain National Tourist Board (Visit Britain) created deep analysis and detailed marketing strategy. Here is a summary of the strategy.

UK and Japan have some similarities in the tourism sector. Both are developed economic societies and both are chosen as host countries of Summer Olympic Games. At the end, both target of foreign traveler arrivals to 40 Million up to 2020. Difference is Japan has 20 Million foreign tourists and targets 40 Million in 2020, year of Olympics, while UK announced it in ’12, targeting 8 years after it hosted Olympics. In 2011, UK already had 30 Million foreign visitors.

London is the only host city since 2000, which experienced an increase of foreign traveler arrivals the year of Olympic Games and the following year. Since London was officially announced as host city in 2005, Visit Britain in collaboration with related institutions started to prepare the strategy and in 2011 launched 5 years campaign ‘GREAT campaign – Welcome to Great Britain’ finishing in 2015. In 2015, UK hosted Rugby World Cup competition, and Japanese National Team made sensation. London Olympics were successful and in 2013 UK tourism industry recorded 9% of GDP (Japan 5.2%), 9.6% employment (Japan 6.5%) and 170,000 new jobs. World Economic Forum Tourism Competitiveness ranked Great Britain from 11th (2009) to 5th (2013) place, position kept until now.

Parallel to the increase of foreign tourist arrivals, arrivals to regional destinations increase, but London remains far the most visited (Table1). As for Japan, attracting tourists in the regions is a challenge.

Croatia has 4.26 Million populations and its territory is approximatively 1.5 times of Kyushu. During Yugoslavian period, European tourists were coming but decreased sharply during Yugoslavian conflict. We can say the full-fledged tourist reconstruction has begun in 1995, after the conflict ended. Today, foreign traveler number triples that of population’s, the tourism accounts for 20 percent of GDP as a major industry. Internationally, Croatia is recognized as a fascinating travel destination (Figure1). In this chapter, we will introduce several Croatian tourism promotion points.

From Europe to World market

Important shift of Croatian tourism promotion was to spread the market from Europe to the world.
The Embassy of Republic of Croatia in Japan was established in 1993 and was in charge of tourism promotion. Columnist became in charge of the organization in 2002 and actively participated to the opening of Croatian Pavilion at Aichi Expo 2005. Over a period of 6 months exhibition, awareness of Croatia increased in 2006, Japanese travelers to Croatia doubled. In 2007, JTB and Japan Airlines organized charter flights to Croatia and the first aircraft was sold out in 15 minutes.

Croatian National Tourist Board office in Tokyo was established in 2008. Columnist had worked as a director in charge of Japan, Korea, Taiwan and Hong Kong until 2015.

Approach to Japanese market was divided into three sectors: Travel industry, Media and General Public. Immediately after opening the office, we approached travel agencies and invited Japan Association of Travel Agents (JATA) to held annual meeting in Croatia. Invitation was accepted and Board Members visited Croatia. Next year ‘JATA Croatia Working Group’ was established and several projects were considered for the development of Croatian tourism. Having in consideration lack of direct flight from Japan to Croatia, difficulty to access for individual Japanese tourists and still unknown travel destination in Japan, programs which travel agencies created were successful, suited perfectly to Japanese traveler demands. Further, to spread awareness of new destination, programs were based on ‘quality’ not to have dissatisfaction of customers which would lead to dissatisfaction of travel agency. This approach created relation of trust between Travel Agencies and Tourist Board office. Concerning Media and General Public, I will talk about ‘Heartful Croatia’.

Considering Asia overall strategy and promotion, it was important knowing country’s culture and tradition, traveler habits and interest. For Japanese people, among changing wrong image of ‘unsafe country’, we putted accent on UNESCO World Heritages, gastronomy, wine and culture. We knew Taiwanese people like national parks and Adriatic Sea, so we promoted nature and landscapes. Koreans celebrities have big influence in Korea and variety television programs shoot in Croatia raised the interest of Korean people and in very short time, Croatia became one of the leading European destinations, currently counting double of Japanese tourists with more than 300.000 Korean arrivals.

In order to introduce a new country or region, it is effective to focus on the introduction of the capital or iconic travel destination. Once established, travelers will naturally start to be interested in other cities and regions. In case of Croatia, Dubrovnik also called ‘Pearl of Adriatic Sea’ is the most popular destination welcoming millions of tourists every year. National and local governments sometimes believe promotion should be done equally for all regions but there is a risk overall impression would be weak. UNESCO World Heritage Dubrovnik Old Town is Croatian symbol, and gradually interest increased to other areas, creating new popular touristic destinations. 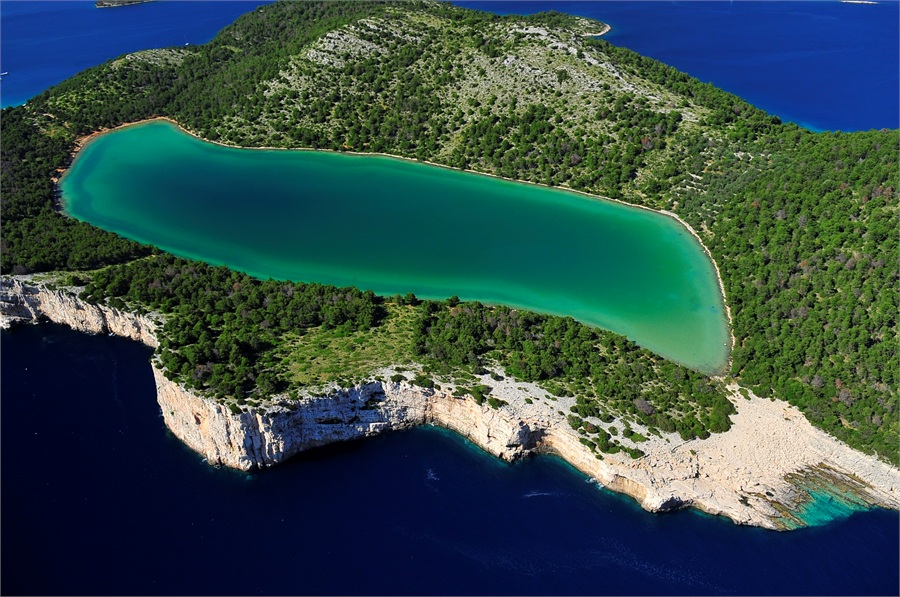 For Japanese people, not only geographical position of Croatia was not known, but also, even 10 years passed since Yugoslavian conflict ended, first impression of ‘dangerous’, ‘wartime’, ‘ruthless’ or ‘communism’ was still present. To change it, first target was to deepen the knowledge of Croatia as a travel destination and the second was to find a slogan, easy to understand and modify the first impression. A selection of slogan is very important in order to develop promotion concept and strategy. For the promotion in Japan, we chose Japanese-made English word ‘Heartful’ and created ‘Heartful Croatia’ slogan. This Japanese-made English word has affinity for the Japanese, giving warm image and adapt to the adorable things. We wanted to create Heartful=Croatia image and used slogan in many promotional activities. We organized Fam Trips for television programs, magazines, newspapers and other media to let people see and feel Croatia and journalists and editors started to present it as ‘Heartful’ destination, switching from ‘unsecure’ to ‘Heartful’ country.

Framework to involve not only tourism industry, but also all the people concerned

‘EUROPEAN BEST DESTINATION’ is an organization developing European culture and tourism, recently announced ‘EUROPEAN BEST DESTINATION 2016’. First place was not famous touristic places like Athens or Paris, World Heritage Dubrovnik, but city of Zadar in Croatia. This remarkable deed was not brought only by world standards in tourism infrastructure with high satisfaction or number or events, the contribution of ‘people’ was the key factor to be valued. 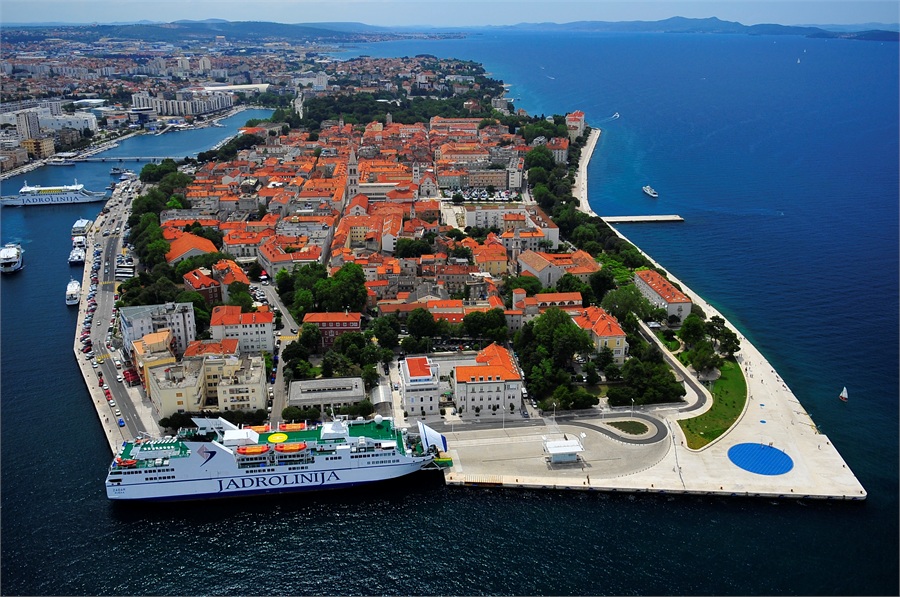 Since 2003, ‘People, the Key of success’ Award has been organized in Croatia. The Award contains 25 categories (Best travel agent, policeman, chef, waiter, receptionist, beach guard, etc.) and value people who are directly or indirectly involved in the tourism industry. This award is prestigious in tourism industry and it has become one of the successful examples.

I would like to introduce another one, ‘Flower’ Award. This award value decorated and well-arranged gardens in parks, museums, hospitals or private houses. Whole city’s gardens are considered for award. Award contributes to have beautifully arranged city but also teach children the importance to cherish and take care of place we live. This concept might be used in Japan as well.

Impression and behavior people give is very important to improve the image of the destination. Involving not only tourism industry but also all the people concerned should be essential when considering future of tourism promotion in both Croatia and Japan.

Next post Physical inactivity costs US$ 67.5 billion for the global economy