When we were younger, our parents educated us to be polite, respect elders and TPO (Time, Place, Occasion) manners. One of educational input was also to keep clean others things and public spaces. Naturally, while we saw graffiti on walls, it was ‘unimaginable’ giving bad and dangerous image of city area and cased in worst category things not to do. I received same education as millions of people did.

World is changing fast, very fast. Not only in the field of technology, smart phones or robotics which we could call ‘digital’ but also in analogue one. In just several years ‘unimaginable’ graffiti evaluated and have been transformed into art creations, becoming also a main purpose for thousands and millions of people to travel.
Today these art creations painted on walls are called Street Art and are gradually becoming a ‘plus’ for a city having them, giving a city modern and fashionable image and mind for positive changes, attracting people’s attention. 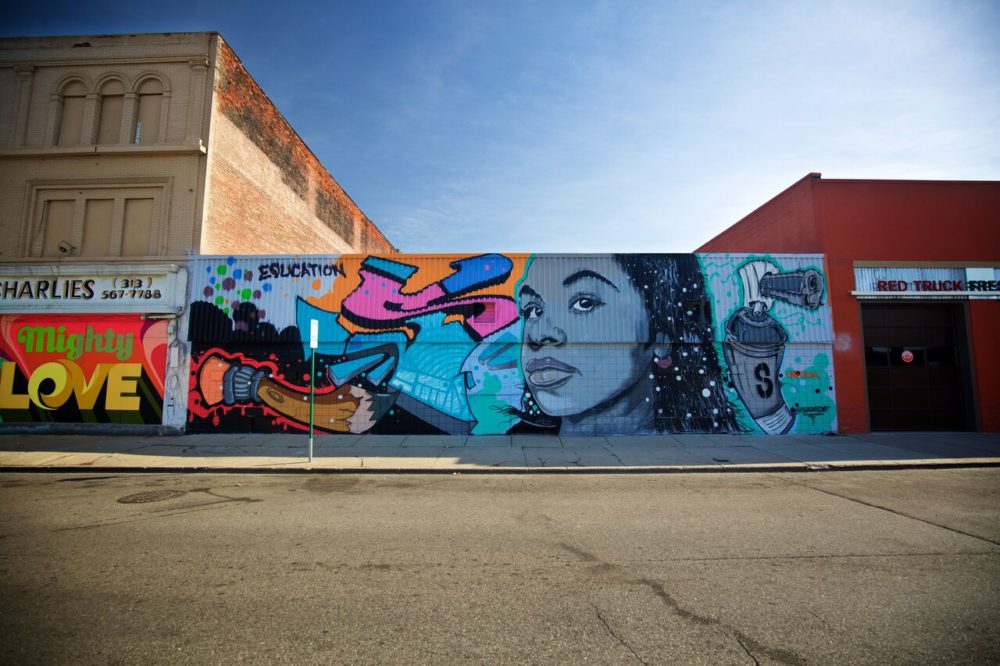 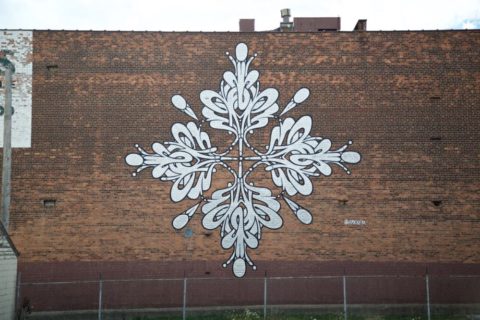 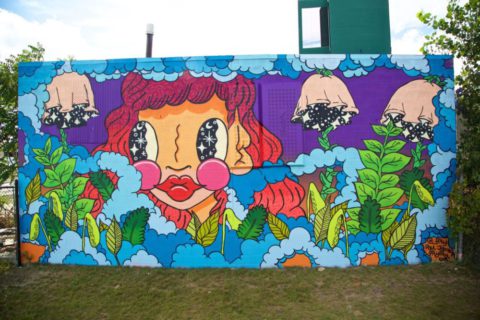 While Industrial Revolution started in England with steam locomotive, in 1913 Henry Ford created first moving assembly line, bringing new one. Factory was in Detroit and it was the beginning of automobile industry prosperity leading to faster development of other industries using new production method. In 1930-40 ‘The Big Three’ (Ford, General Motors and Chrysler) made Detroit leading industrial city in the world with big increase of people working in factories, counting 1,85 million people before 1950. New technologies, relocation in lower cost regions and other changes declined Detroit’s supremacy initiating important economic and financial issues. Tendency reached its pick in 2009 when Chrysler and General Motors declared bankruptcy.

Automobile industry declining, many factories shut out, buildings were vacant and city started turning to ‘Wall city’. Local government turned the city to tourism and culture development with recognizable effects from 2000 as organizing North American International Auto Show, building Casinos and Resorts, Exhibition Centers, Automotive Hall of Fame, Chrysler Museum, Detroit Zoo, Institute of Arts and other facilities.
For further touristic city development, several years ago Street Art was incorporated and today hundreds of authorized murals were draw by some of the most famous international street artists, making Detroit one of the most visited Street Art city.

Incorporating Street Art has several benefices: artistic beauty in the middle of the city, inspirational creativity to spectator, increase enjoyment of urban life, enforcement of civic and ethnic identity and helps to revitalize the neighbourhood. Street Art murals are not only the pleasure for eyes but each of them has also a message artist wants us to feel and think about.

Detroit is an example where both, infrastructure development and innovative tourism approach made perfect marriage putting accent on the city as affirmed tourism destination. Japanese regions and cities might take Detroit’s development as a model and use segments which will fit the best to projected expectations.

Improvement of infrastructure as highways, bullet train trails and hotels are beneficial and necessary, allowing easier access and stay. But isn’t it content which is the strongest attracting factor which will bring tourist to specific city or place? Having museum with unique collection, organizing thematic fairs, unusual touristic product or events giving possibility for new experiences are just some of examples which attract tourists all over the world. Most of them are known for their uniqueness and originality and that is what Japanese regions should pay attention to attract more foreign tourists.

Currently there is no city in Japan which incorporated Street Art as long term strategy for tourism development and it might become a factor which would distingue from other Japanese cities, bringing attention as well as new offer in Japanese travel market. 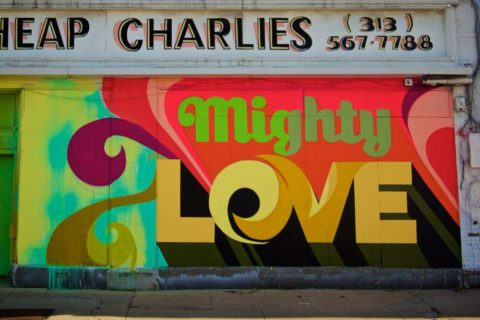 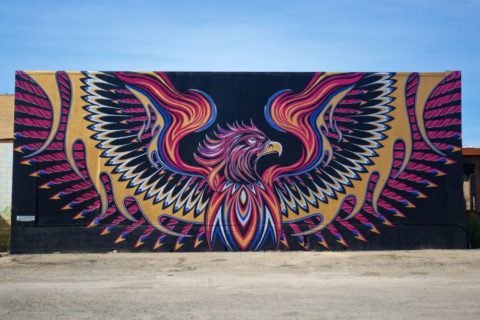 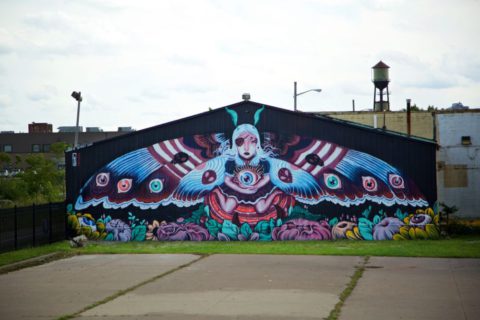 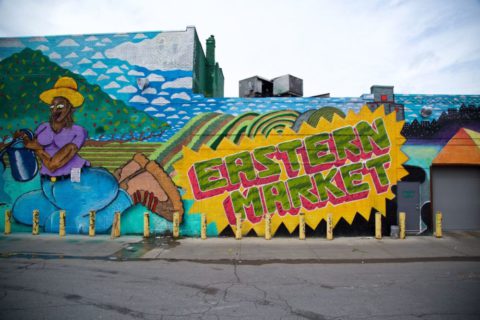 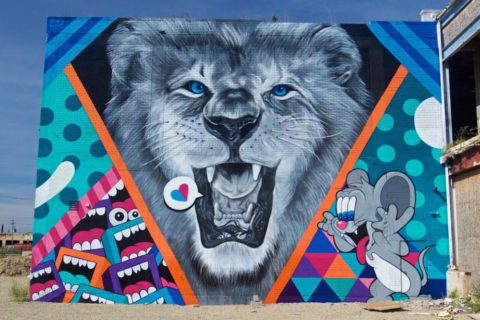 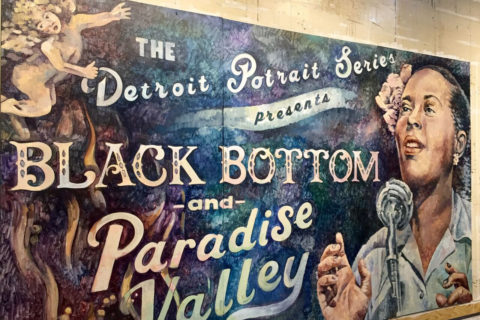 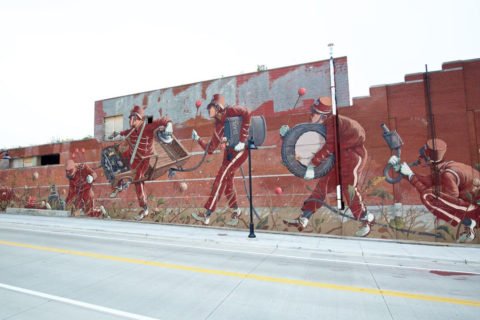 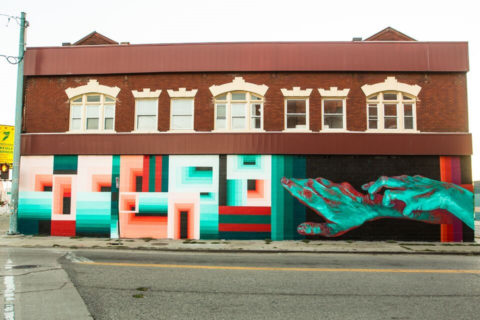 All photos courtersy of 1xRUN