For decades, Japanese tourists were seen in every country in the world, carrying camera around the neck and taking pictures of sightseeing spots they are visiting. Japanese passport is often considered as ‘Platinum’ passport, having image of ‘pass-partout’ in every country in the world. Reality shows things are not as we think they are. In 2016 Japanese travel market had first outbound travels increase (5.6%) after four years of sluggishness, with tendency preferring close destinations. Germany National Tourist Organization announced 2016 figures with overnights increase for China (1.1%), India (7.8%) and Korea (5.7%), while Japan decreased 12.4%.

USNews is publishing ‘Best Countries’ ranking based on a set of 65 country attributes, collected of individual survey responses. 21.000 people across the globe participated to survey which was grouped into nine categories: Adventure, Citizenship, Cultural Influence, Entrepreneurship, Heritage, Movers, Open to Business, Power and Quality of Life. In the Top 10 we find 5 European countries (UK, Germany, France, Sweden, Norway) and USA being part of VFS Top 10 as well. We can say country’s economic standard and diplomatic relations are closely connected. Japan is ranked 5th on ‘Best Countries’ list, being first Asian country.

After comparing Passport Index and Best Countries, six countries remained in Top 10. What will happen when we incorporate outbound travel segment? When we look to United Nations World Travel Organization (UNWTO) Outbound Travel Top 10 figures for 2014, first is China, followed by Hong Kong and Germany, while Japan is 17th. Only 3 countries remain from two previous tables: Germany, United States and United Kingdom, while 3 Asian countries reach Top 10; China, Hong Kong and Malaysia. Culture of travelling abroad is certainly connected to country’s standard and visa-free helps to encourage people travelling. However, appearance of Malaysia, China, Poland and Russia in Top 10 shows us travellers from countries in fast development have stronger tendencies to travel abroad and discover new destinations, giving themselves more global view of the world. Increase of outbound travel in the world is projected to continue in the future, over passing nowadays actuality with different threats and immigration issues. What should/could Japan consider to renew its outbound travel strategy and reach top 10 from actual 17th place?

My personal belief is ‘Everything can be found in Japan’ is one of main reasons people are not travelling abroad. It is not a necessity when we can have so many foreign products in every shop, from luxurious brands to casual brands, various food products, restaurants with cuisine from whole the world, movies and videos are available by internet and rental shops, many things are easy to access. Since last three years, big increase of foreign travellers, give to Japanese all reasons because not only they have everything we can buy abroad but also so many foreigners come to enjoy Japan and its culture, confirming it is a great country to live in. On top of it, Japan is a very safe country and is probably the safest in the world.

What Japanese people sometimes forget is importance to experience things by ourselves. That is the main purpose why people travel, to feel and experience new countries, cultures, languages and communicate with people. To start travelling and having interest to discover new countries, first of all, it is important to know about those countries and cultures.

Actual Japanese educational system does not give to all students the chance to learn about each country on Earth but students are very often put in situation to choose between Japanese or World history and/or geography. Naturally, many of them choose national one. I had a chance to experience educational system in several countries and am glad could receive general and global education which helped me a lot in my private and professional life. Prefectures, Local Governments and Educational Establishments could consider implementing world history and geography as main stream of educational system to give future generations choice to understand better the world they are living in. 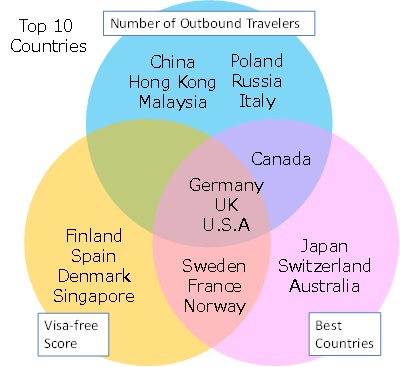 Previous post Cannes, much more than just a film festival

Next post Living in more relaxed and sociable city