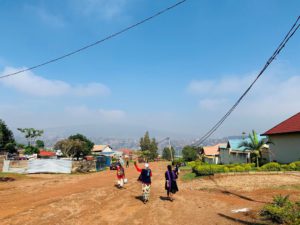 The tourism industry in Africa has for a long time been among the top earner for most countries bringing in collective revenue of $168 billion and creating jobs for 24.6 million people in 2019 alone. As of 2019, the total contribution that the tourism industry made to Africa’s economy was 7.1% of the total GDP compared to Europe whose tourism contribution to the GDP was at 9.1% while that of South East Asia was 12.1% of the GDP. In Africa, the country with the highest tourism GDP is Morocco with a total of 12.93 million international arrivals in 2019 followed by South Africa which had a total of 10.23 million arrivals. With the increase in education and social media trends, the travel culture is more prevalent among the younger generation with most of their disposable income being used to travel both internationally and within the continent with South Africa being the most visited country by Africans.

At the beginning of 2020, the tourism industry in Africa was projected to bring in billions, most countries relied on international tourists to bring much of the industry’s revenue but this was brought to a stop when COVID -19 hit. Today, Africa’s tourism industry was forced to rely on the tiny pool of local tourists and at the same time, most countries had to find ways to adapt to the changes that the pandemic brought to avoid collapse. At the worst-case scenario that this pandemic will bring about to the continent is that the GDP from the tourism industry will go down 71% from 2019 to bring in a total loss of $120 billion. The result of this is the loss of jobs and the whole economy will go down negating the various steps that have been taken to ensure the tourism industry in Africa is among the highest earners.

In countries like Kenya, there have been reports of reduced occupancy rates of hotels with most destination hotels reporting an occupancy rate of less than 7% as a result of holiday and conference meeting cancellations. Service industries such as those providing food and beverages have also had to lay off their staff and reduce their production. South Africa being one of the most preferred tourist destinations has witnessed huge losses with most cable cars on the table mountain remaining motionless which is something that has not been a witness before. Egypt with its famous pyramids that had a stream of visitors once before now remains deserted and the Ethiopian government is also grappling with the huge losses with their tourist sites remaining empty.

However, currently, it seems that the rate of infection is slowing down in the continent and this may be due to the controls that various governments put in place immediately to control the spread of the virus. The number of cases has slowed down in the more populous countries such as South Africa, Egypt, and Nigeria. Despite the huge losses witnessed in the tourism industry, there is still hope with most countries having to face the fact that they will have to digitize their operations to fight against COVID-19. Countries have also had to set aside a tourism fund to help the sector to recover after the restrictions are lifted.

Going forward may have to take steps to ensure that the sector recovers and this may include the lifting of the various travel restrictions and the adoption of the health and safety protocols that have been put in place by the World Health Organization (WHO) to assure the tourists that it is safe for them to travel. Governments’ should also support the tourism sector by issuing incentives to protect the industry workers to prevent increased job losses that will also lower the economic capacity of most African countries.