Note: This article is based on the Japanese document published on 20th December, 2019. The information in this article is time specific to the date of publication.

1．Japanese Consumption and Travel for 2020

With trade friction between the U.S. and China and worsening conditions in the Middle East, the global economy has been slowing. The Japanese economy is no exception. With the added impact of the consumption tax increase, consumption in 2020 is expected to be suppressed slightly overall. That said, a look at trends following the 2014 tax increase shows that a smooth recovery came after about one year. Given the spiritual uplift of the Tokyo 2020 Games and the economic benefit of foreign travelers to Japan, the second half of the year can be expected to show recovery.

Olympic Year may make 2020 the year that launches “workation”

The government has designated July 24, the day of the Tokyo 2020 Games opening ceremony, as “Tele-work Day” and has pursued its national “workstyle reform” movement since 2017. In 2019, some 2,887 corporations and organizations and nearly 680,000 people participated from around the country, not only the Tokyo metropolitan area. With 2020 the year when it finally goes into full effect, it is expected that “nomad work” (a workstyle not dependent on any particular location) will spread in earnest. Our survey results show that “workation” is viewed favorably especially among younger generations (Millennials, Generation Z), with 31.5% of people who traveled on business in the last year believing it will become easier to take vacation as workation (doing work while on vacation) and bleisure (adding vacation to business travel) become more common. A high percentage of people in both these generations also normally preferred workstyles not dependent on any particular location.

Among corporations, too, which are seeking to boost government-promoted “relational populations” (people who engage with a local community in ways that take a different form than residency or tourism) as well as greater productivity and work-life balance among company workers, there is a growing trend toward creating flexible working environments. As nomad work becomes commonplace, workstyles not limited to within Japan will also spread. It seems likely that the movement to support and promote flexible workstyles, including secondary jobs, will gain momentum in an effort to promote innovation and strengthen global competitiveness.

A day when the distinction between “living and traveling” and “on and off” becomes irrelevant may soon arrive.

Not only on domestic travel but on overseas travel as well, the trend toward individual travel is advancing. In the survey on travel conducted by JTB over the years, the percentage of FIT (individual travelers) has grown year by year, in 2018 reaching 75.8% for domestic travel and 47.5% for overseas travel (if dynamic packages are included, 83.6% and 62.5%, respectively). At the same time, there has been a significant drop in “skeleton tours” (independent activity-type package tours that provide only accommodations and transportation). JAL and ANA have decided to transition to dynamic pricing on travel agency package tour fares around spring 2020. This is expected to make it difficult to build fixed-price in-store-type tour products and therefore weaken their presence for a certain period. For consumers, it seems likely to complicate product selection in some cases as prices will vary daily. Additionally, with more purchases being made on smartphones, a greater number of people now purchase accommodations and transportation separately to avoid complicated search and input procedures when booking reservations. In the future, the key is likely to be how to increase product and price transparency and deliver that information to consumers in a way that is easy to understand.

At the same time, the results of the above survey show that “escorted tours” with a tour guide, while not at all a large percentage overall (4.5% domestic travel, 12.7% overseas travel), have maintained a similar level over the last four to five years. For instance, for destinations to which travelers are “going for the first time,” where “getting around as an individual is difficult,” or which “have places that can only be visited on a tour,” the inclination to use package tours remains strong, suggesting that their use will become selective based on the travel destination.

Overseas travel driven by members of Generation Z, who have benefitted from a strong employment environment, and the Bubble Generation, who are now starting to have time for themselves

Overseas travel is expected to grow again in 2020. According to a survey conducted by JTB in November 2019, men and women in their 20s and women in their 50s were higher than average in responding that they hoped to increase their total spending on travel in the coming year. While the economy may be slowing, a lack of workers has meant a strong employment environment resulting in winter 2019 bonuses at major corporations reaching their highest ever (according to a report from Keidanren). With young people, the employment environment and higher income tend to be reflected in consumption. In particular, Generation Z, now in their early 20s, are a generation more focused on the world as part of a global society and are again attracting attention as a driving force of overseas travel in 2020.

At the same time, women around the age of 50, who enjoyed abundant consumption of things and experiences during the Bubble Era, have now finished raising their children and are starting to have time of their own. Their desire to travel overseas is expected to be high. Given this generation’s high interest in European culture as a model of fashion and lifestyle, as well as their desire to do things slightly different from other people and to stay in nice accommodations at their travel destinations, it is possible that changes in their choice of destination and even in their local activities will follow. 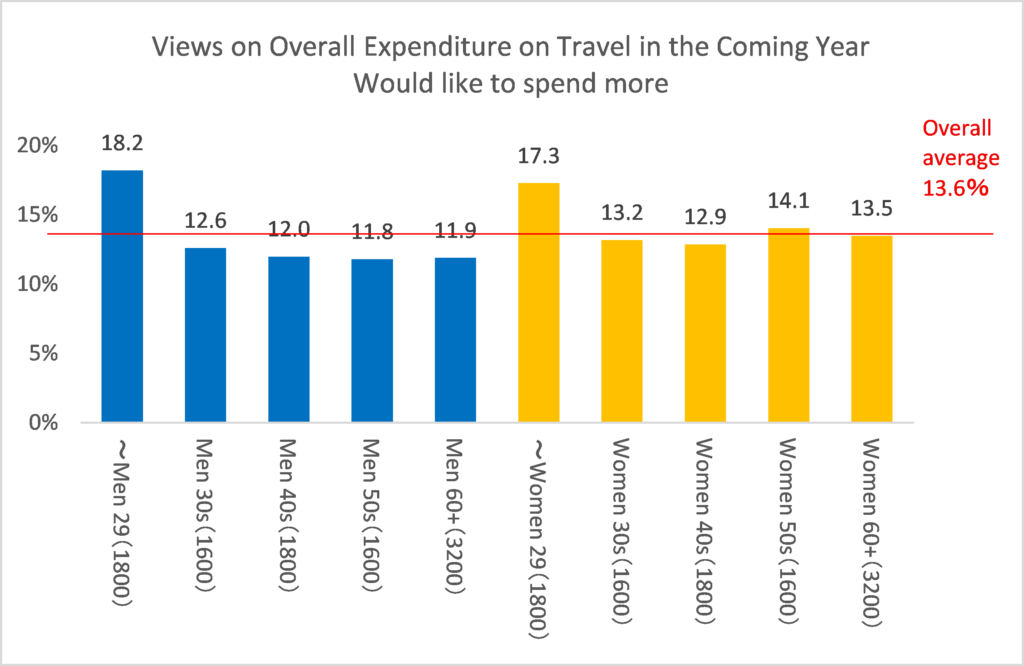 With environmental awareness strong worldwide, we have entered an age in which “getting chosen” depends on making efforts on SDGs

With the adoption of the Sustainable Development Goals (SDGs) at the 2015 U.N. Summit, countries have initiated efforts on sustainable consumption and production, climate change, and more. In Asia as well, since China’s restrictions in 2017 on waste plastic imports, restrictions on plastic trash have progressed. In Sweden and other northern European countries, there is even a growing movement to limit the use of airplanes, with their heavy environmental impact, in favor of using trains and the like. The fact that the expression “flying shame” won a buzz word award in Sweden in 2018 could be called symbolic of this.

Changes are also appearing in BtoB relationships. Services and products that comply with sustainability certifications and standards have come to be expected as a precondition of doing business, and a growing number of companies are declaring stronger efforts on the environment in response. Given also the broad reach of tourism as an industry, it is hoped that it can make contributions on all the goals set under the SDGs.

While results of a survey on “Sustainable Travel” by Booking.com in 2019 revealed that 72% of the world’s travelers believe that “people need to act now and make sustainable travel choices to save the planet for future generations,” in Japan, the number was only 40%, highlighting its weaker environmental awareness. It is important to be cognizant of the current situation in Japan and not simply accept it. Unless genuine efforts on sustainability from a global perspective are made, Japan at some point may very well end up a “destination that does not get chosen” by the world’s travelers.

Inbound market has entered an age of quantity and quality. The importance of “experiences” is growing

The Japan Tourism Agency’s “Tourism Vision Realization Program 2019” calls for the development of new regional tourist content to deliver appealing content that utilizes national parks, cultural properties, and the like and attract foreign travelers in Japan to local regions and increase consumption.

Results of our own survey show that wealthy visitors to Japan and repeat visitors, who visit Japan multiple times, tend to have a strong interest in visiting local regions and want to connect with nature and culture in Japan through “experiences.”

Among the many kinds of “experiences,” especially noteworthy is adventure tourism. Adventure tourism has three pillars—activity, nature, and intercultural experience—and aims for the sustainable development of the region and revitalization of the regional economy. While the annualized average growth rate of the global travel market was between 3 and 5 percent, adventure tourism has sustained an annual growth rate of around 20% since 2012. In the U.S., its economic scale is said to reach nearly 680 billion dollars. In Japan, local “experience” tours tend to be seen as something to fill time while traveling. Overseas, by contrast, there are more than a few high-priced “experience” tours which themselves are the actual purpose of travel. In the future, genuine experience-type local tours will no doubt be expected in Japan as well.

With the growing number of foreign visitors to Japan, regions also now face the issue of over-tourism. In conjunction with the efforts on sustainability mentioned above, a shift away from the realization of just quantity (number of travelers) toward that of quality (e.g., increase in consumption unit price) seems likely.